is a Blog about daily life and the products we find, use and need in our everyday lives. the-Daily Grind will bring you updates and honest reviews of recipes and food, clothing and fashion, personal finance and financial...
Read More...
Posted on September 4, 2014 by Tim Capper

Red meat: most people love it or hate it. However, no matter where your taste buds find their fancy, cattle are generally considered terrible for the environment. Throughout the process from newborn calf to fattened cow, exorbitant amounts of greenhouse gases are produced, thousands of pounds of grain will be consumed, and endless liters of water will be required. When all these are added up, many experts agree that the carbon footprint left behind by the consumption of red meat can be larger than the footprint of driving a car. 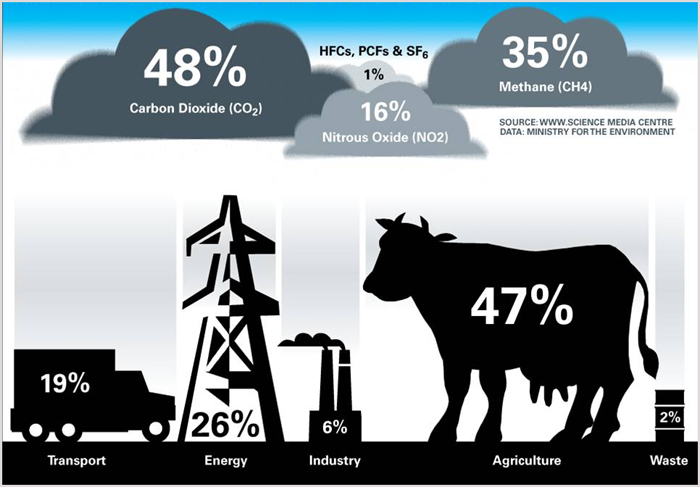 However, don’t vow to become a strict vegetarian just yet; first it’s necessary to examine the impact of red meat production on the environment. While it would be great for the world if everyone stopped eating red meat tomorrow, it’s possible that with moderation, everyone can continue to enjoy top sirloin for decades to come.

Greenhouse gases:
Getting a cow to market creates a lot of greenhouse gases. There are the obvious pollution producers such as the farm equipment to harvest the feed for the animals, electricity for the factory that butchers the animals, the exhaust from the truck that transports the meat to the market, and the refrigeration that’s required along the way.

However, red meat creates a lot more greenhouse gases than other food sources for pretty much one reason and one reason only; flatulence. There is no polite way to put it; cows fart a lot. Specifically, researchers have reported that one single bovine can expel over 500 litres methane a day. 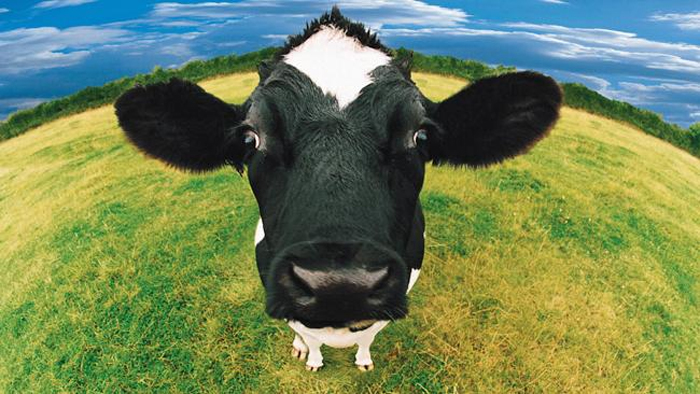 Various solutions have been proposed to help reduce the problem so consumers can continue to indulge in steak and burgers. Some solutions involve changing feed, capturing the gas for energy use, and even mounting flames on the side of the cows to burn the gas. However, nothing has risen to be a truly promising and permanent solution.

Food use:
Everyone knows that you can’t get something from nothing. So, obviously, a full grown cow fattened up and ready for the slaughterhouse doesn’t just appear out of thin air.

Cattle can be raised with various processes for various purposes. Because of this, how much a cow eats every day isn’t a simple answer. Additionally, what a cow is fed and the quality of that feed will change the quantity of food the cow needs. However, even after all this variance is taken into consideration, it is safe to say that most cattle eat 1-4% of their body weight per day. As the average cow weighs between 453 and 816 kg, this comes out to 4 through 18 kg of food (most often grain) per day.

This mass amount of food might not be such a big deal if the cattle are grass fed; the cows are eating something humans can’t and turning it into an edible product. However, seeing as how most cattle are grain fed, this means that time, resources, land, and fossil fuels are devoted to growing food for cattle when those same resources could have gone to growing food for humans.

Water use:
Let’s say for a second that tomorrow all cows from now on would be exclusively grass fed off land that wasn’t being used for growing crops or required deforestation. Additionally, let’s say that starting tomorrow a solution to the mass production of methane gas was developed. Despite these two major problems being eliminated, there would still be the issue of water use.

Red meat requires a lot of water to make it from new born baby all the way to sitting on your supermarket shelf. In fact, some estimates say that a whopping 15,000 litres of water are needed to bring 1 kg of beef to market. To put this into perspective, installing a low flow shower can save 5,000 litres of water per year.

Putting it all together:
While the effects of cattle on the planet are obvious and easy to identify, coming up with a calculation to put an exact number on that impact is significantly more difficult.

How cows are raised, treated, butchered, transported, and consumed all comes into play when determining the final wallop of consuming red meat on the environment. Thus, various studies all report different, and sometimes conflicting, results depending on the types of ranches or feed lots observed, geographic location, etc.

Despite all this confusion, experts continue to agree that cars may be less harmful to the environment than red meat. After all, obviously it would be impractical to ask everyone to give up their cars tomorrow.

However, it would seem to be easier, and far more effective, to ask people to reduce or give up red meat consumption. This dietary change wouldn’t require the drastic life changes that giving up a vehicle would mean, it would free up a lot of land to grow food for people, and countless litres of greenhouse gases would be kept out of the atmosphere.