is a Blog about daily life and the products we find, use and need in our everyday lives. the-Daily Grind will bring you updates and honest reviews of recipes and food, clothing and fashion, personal finance and financial...
Read More...
Posted on June 19, 2013 by Tim Capper

The government’s need to built more cheap housing more quickly could see sustainable homes legislation relaxed, the housing journal ‘Inside Housing’ has unveiled. Ministers aimed to “significantly rationalise” overlapping building standards in order to make development simpler and cheaper. Increasingly the lack of affordable housing has become one of the most pressing challenges facing the government. The extensive housing crisis where demand for affordable housing continually outstrips supply, is showing no sign of
improving; despite the grim economic outlook, house prices and rental costs are still rising, meaning the need for cheap housing quickly will take precedence over the sustainability agenda.

As MPs get ready to slash building regulations to get the construction industry going after the recession, a review panel set up by the government last October is so far undecided over the future of national house building standards. Trade bodies are awaiting the panel’s recommendations to see which areas are be applied across the public and private sectors and which are to be relaxed. With the government putting green issues on the back burner in other areas, it’s likely that sustainable housing that passes the BREEAM assessment standard will no longer be a priority. 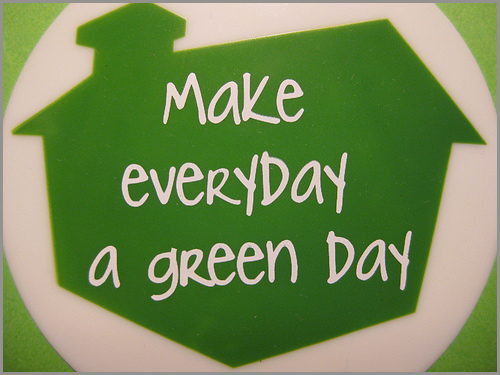 It has also become evident that environmental issues regarding property have become less of a priority for the public, as other issues such as unemployment and economic instability take precedent. As recently statistics have shown, less than 200 homes have signed up for the government’s flagship Green Deal energy loans scheme which replaced previous incentives set in place by the last government. Even though almost 19,000 homes have undergone Green Deal assessments, only 1% of those householders have proceeded to take up the loans. This will come as a significant blow to the Energy Minister Greg Barker, who said in March he hoped at least 10,000 property owners would have used the scheme by the end of 2013.

Energy commentators have criticised the Green Deal’s implementation, saying it has not been clearly communicated to the public sufficiently. The fact that the loans are attached to the property rather than the homeowner has also been a problem, creating concerns over the salability of Green Deal properties, which will be unwelcome news at a time when the housing market is already stagnant.

However, it is hoped that newly released government figures will improve the uptake of Green Deal loans, showing that more energy efficient homes with a rating of E or above could potentially increase their market worth by up to 38%. With BREEAM assessments being launched as an international standard for energy efficient buildings in both the commercial and residential sector, it is important that the UK is able to compete a world leader in eco building. At a time when new affordable homes are so desperately needed, it is perhaps even more pressing that sustainability criteria are adhered to and the environmental efficiency of existing housing stock improved significantly, with rising energy costs cheap, short term solutions are more likely to be more costly for home owners in the long run.