is a Blog about daily life and the products we find, use and need in our everyday lives. the-Daily Grind will bring you updates and honest reviews of recipes and food, clothing and fashion, personal finance and financial...
Read More...
Posted on August 4, 2017 by Tim Capper

The débâcle surrounding the Corby Urgent Care Centre (CUCC) has been festering for the better part of six months now. Despite providing a vital service to the local community for over five years, the UCC has been threatened with closure, mainly due to funding trouble and contractual disputes between the operators and the local Clinical Commissioning Group or CCG. With just a couple of months left in the current contract, the town of Corby and neighbouring boroughs may soon be left without a local Urgent Care Centre come October, unless the feuding parties can reach an amicable settlement.

The Corby UCC – A Brief Intro

The UCC was established in the town in 2013. Located on Cottingham Road, the centre has been operated by the Lakeside+ Limited since its inception. Like all similar Type 3 A&E departments in the UK, the Corby UCC is also funded by the NHS, through its local Clinical Commissioning Groups. The funding and functioning of the Corby centre are the responsibility of the Corby CCG. The Nene CCG in Northamptonshire was also instrumental in providing the funding for the establishment of the centre in 2013. 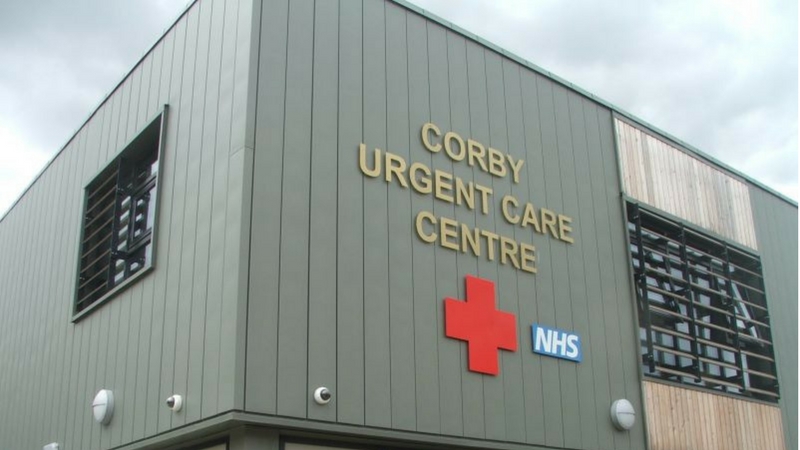 Lakeside+ is the urgent care arm of Lakeside Healthcare, which is the biggest GP partnerships working under the NHS in the UK. Lakeside is a “super-practice,” with a registered patient list of over 100,000, based mainly in Northamptonshire, North Cambridgeshire, South Lincolnshire, Rutland and East Leicestershire.

The Corby centre is open seven days a week, from 8 AM. to 8 PM., and provides prompt medical attention to urgent illnesses and injuries that cannot wait for a GP appointment. Some of the common conditions handled by the Corby UCC include:

The centre offers both radiology and pathology facilities on site, which means that patients don’t have to travel all the way to the hospital in Kettering for diagnosis.

The Headline Grabbing Origins Of The Dispute

The conflict became headline news back in March 2017, due to a chance remark in the House of Commons by the local Tory MP. Tom Pursglove invited the Health Secretary to pay a visit to his local UCC, claiming it to be the best in the business in the UK. The invitation was gladly accepted by Jeremy Hunt, who also heaped praise on the centre. But the Health Secretary was left red faced when news broke the very next day about the potential closing of the “class leading” NHS care centre, ostensibly due to funding constraints.

Opponents were quick to point to Tory funding cuts and mismanagement of the NHS as the primary reason for this débâcle. On the other hand, the Corby CCG was displeased with the way in which Lakeside+ chose to go public with the issue, claiming that it was just a “contractual dispute” and nothing more. Lakeside+ were pointed in the airing of their grievances, laying the blame squarely at the Corby and Nene CCGs.

Despite claims to the contrary from the Corby GCC, the problem at the heart of the Corby UCC is not a “simple contractual dispute.” Funding, or lack of it, is the main issue. As per the NHS rules, the Corby and Nene CCGs are required by law to pay the operators of local Urgent Care Centres the minimum fees based on national tariff rates. The national tariffs came into effect in the year 2014. And according to Lakeside+, they are yet to see this payment enforced by the Corby CCG.

The lack of minimum fee payment has left the Centre in financial troubles, according to their spokesperson. They claim that the mounting operating costs and resulting losses were responsible for the decision not to renew the contract with the Corby and Nene CCG. The monthly losses to the centre are to the tune of £30,000, according to company sources.

In the light of this situation, the demand from Lakeside+ is quite simple and straightforward: pay the minimum fees as per national tariff rates, and they are ready to consider a contract extension/renewal.

Lakeside+’s decision to go public with their complaints forced the Corby CCG to go on the defensive. Local CCG representatives claimed in March that they had “contingency plans” in place, to continue providing emergency care services in the eventuality of Lakeside+ shutting down their services. But the ensuing months only served to strengthen Lakeside+’s stance, and while putting a serious dent into the CCG claims of having things under control.

Things started unravelling for the Corby CCG when they issued a fresh tender inviting new bids from contractors to run the Corby UCC once the current contract expires in September 2017. To say that the tender elicited a lukewarm response would be an understatement. Only one operator applied, and by July 2017, news broke that even they had formally withdrawn their bid. And much to the chagrin of the local NHS commissioners, that sole bidder turned out to be their contingency candidate to run the facility in the event of a service shut down.

That withdrawal may have something to do with Lakeside+’s willingness to take the Corby CCG to court over the dispute. This position had been put forward in March by Lakeside as part of a compromise to allow the facility to remain open beyond 31st March.

The reaction from the residents and their representatives have been nothing short of unmitigated alarm and protest. The prospect of a shutdown of emergency services in the town of Corby is almost unthinkable. The centre has been nothing short of a godsend to locals in the town and its neighbouring hamlets and boroughs. The public reaction at meetings over the issue was tense and irate.

Local representatives across party lines have also taken initiatives in an attempt to find a solution, showing the severity of the issue. Local MP Tom Pursglove was adamant in his support for the continued running of the facility, and he urged the feuding parties to reach an amicable settlement somehow. Local Labour councillors, despite aiming their criticisms at the Tories, have expressed support for any initiative that could lead to a satisfactory resolution of the crisis. And even Labour politicians from neighbouring Kettering have taken an active interest in the issue, due to the far reaching repercussions of a potential closure of the Corby UCC.

The Corby Council has been holding talks with both parties since the outset in a bid to find a solution. There should be further developments in the month of August, with a court decision on the case expected on the 4th. The Corby CCG is also scheduled to hold a public meeting once the decision is heard, to decide on future options.

Why A Positive Resolution Is Essential

The impact of a shutdown of the Corby Urgent Centre on the healthcare infrastructure in the region would be nothing short of disastrous. According to Lakeside figures, the Corby Centre handles over 70,000 patients annually. And the majority of those patients are treated at the centre itself and sent home, reducing the burden on the General Hospital in Kettering and other A&E centres in the region. The Centre saves the NHS over two million pounds annually by diverting patients away from the already overcrowded facilities in Kettering.

If the centre were to shut down., these 75,000 patients would inevitably end up in the Kettering General Hospital, which could potentially overburden the facility. The result would be a catastrophe for health and emergency services in Northamptonshire. And the local patients would also suffer a lot, without a centre close by to handle potentially dangerous medical emergencies. And with the elderly accounting for a significant percentage of visitors to Urgent Care Centres like Corby, a shutdown would lead to untold misery to the public.

Final Thoughts On The NHS Crisis

The NHS being in shambles has become something of a running gag ever since the 1980s and ’90s. But the situation is undoubtedly worsening with a fast ageing population in England. Despite increasing funding in recent years, the system is coming under increasing stress, according to media reports. A&E services are one of the worst hit, and the current débâcle at Corby is just one other sign of the times. And the current system is also flawed, with the mixing of NHS with private practices like Lakeside bound to throw up disputes regarding profitability and funding.

Throwing more money may seem like the only viable solution in the case of Corby. But at the systemic level, NHS is in dire need of major reforms. The current structure must be tackled, but that requires strong political will. And with the state of the current government and the ongoing Brexit saga, such a solution seems too distant at best.