is a Blog about daily life and the products we find, use and need in our everyday lives. the-Daily Grind will bring you updates and honest reviews of recipes and food, clothing and fashion, personal finance and financial...
Read More...
Posted on February 9, 2016 by Tim Capper

A battle is brewing over a proposal by the Northamptonshire County Council to close one of the area’s elderly care homes by 2017. The proposal is part of the council’s attempt to trim approximately £80 million from its 2016-17 budget. The plan would require residents of the home selected for decommissioning to find alternative housing.

The council first announced in December that it would close two of the county’s six elderly care homes for a projected savings of £300,000. After weeks of anxiety and uncertainty for residents of area care homes, the council recently amended its decision to target one care home owned by Olympus Care Services. The current plan is to shut down Ecton Brook House, which currently houses 34 elderly residents. The plan to close a second home was scrapped the day before the official announcement was made. Council officials stated they visited all six area homes in making their decision and ultimately determined that other communities, such as Towcester and Daventry, did not have the capacity to lose a home. The five remaining Olympus Care homes will not be targeted for closure over the next five years but will be subjected to ongoing review.

According to council members, the move is part of the council’s overall plan to evaluate how it provides elder care in light of the changing expectations and needs of the elderly population. The council suggested that the closures are warranted in light of the fact that a growing number of older people are choosing to remain at home or with family. Councillor Suresh Patel estimates that the area will need an additional 3,000 elderly care beds within the next five to 10 years. Patel explains that the council will coordinate with private sector partners to provide the additional beds. A spokesperson for the council stated that the open marketplace is the most affordable way to provide these additional beds. 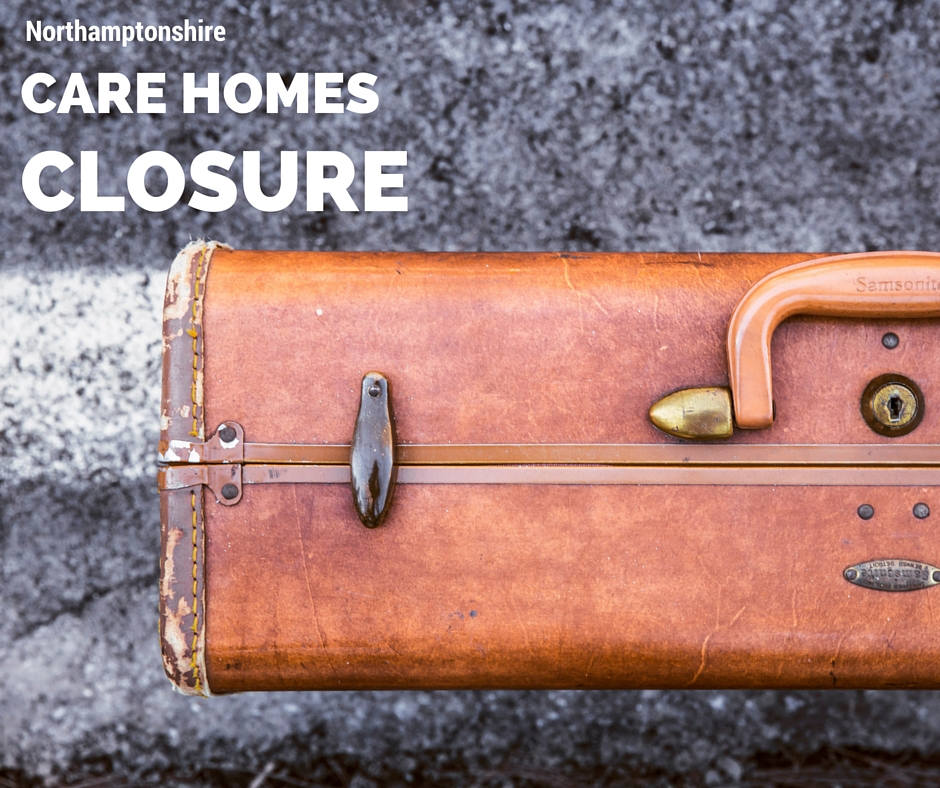 Residents living in Northampton care homes, along with their relatives, have faced a great deal of anxiety and uncertainty since the council first announced its plans in December. Although the council states it will re-home affected residents to private facilities, relatives are concerned the move may force them to travel excessive distances to visit their loved ones or that their loved ones may be relocated to substandard facilities. They also point out that a move could be extremely distressing to the residents, many of whom are physically frail and suffer from mental conditions, including dementia. Relatives of those affected argue that their loved ones should be able to live out the remainder of their days in the place where they are comfortable and consider home.

Almost as soon as the closure plans were announced, local residents started an online petition in an effort to get the council to change its mind. The petition, started by Catherine McDonald, points out the extreme physical and emotional toll that elderly residents would suffer if forced out of their home. It also points out that another nearby home was closed two years ago and still remains empty and in disrepair. The petition even offers a middle ground by suggesting that the facility could be left open until the last resident passes away. The petition currently has more than 3,000 supporters.

According to due process requirements, the council must now conduct a two-part consultation. During this process, the council will obtain feedback from relatives, residents, staff, and other interested parties. The review is meant to determine if alternative, suitable care is available before making a final decision regarding closure this summer. If the closure plan goes forward, council officials state they will have staff members specifically dedicated to helping families find alternative housing. They say that the closure decision was difficult and that they did not make the decision lightly. They also point out that they will make up any difference for residents who are re-housed to more expensive facilities. A spokesperson for Olympus Care says the company welcomes the council’s efforts to improve the quality of elder care in the area, and they will work with the council on any redevelopment plans for the remaining homes. The spokesperson also says that the company will do everything it can to support residents and staff during this uncertain time.