is a Blog about daily life and the products we find, use and need in our everyday lives. the-Daily Grind will bring you updates and honest reviews of recipes and food, clothing and fashion, personal finance and financial...
Read More...
Posted on April 17, 2017 by Tim Capper

Thousands of veterans took to the streets across the UK to protest the ‘witch hunt’ prosecutions of soldiers who served in Northern Ireland during the Troubles.

Among those who addressed the crowds adjacent to the capital’s royal thoroughfare, the Mall, was former SAS soldier, Robin Horsfall. Robin Horsfall joined the Parachute Regiment before his selection into 22 Special Air Service. At 23 years old, he was one of the youngest members of the SAS to take part in the Iranian Embassy siege. He saw service in Northern Ireland, Oman, South America, the Falklands conflict and subsequent counter-terrorist operations.

Transcript of Speech by Robin Horsfall

If they won’t listen …. We will shout louder.

Sure they will mouth their platitudes about releasing convicted murderers early and hide behind legal terms — they will use meaningless concepts such as ‘fair and proportionate’ but when we remove all the flannel it comes down to a simple understanding of the difference between right and wrong. What our Parliament is allowing to happen is wrong!

Proportionate. What they want is one soldier investigated for every nine terrorists. Sounds fair doesn’t it? Except the police know where all the soldiers are and they know which soldiers opened fire and they already know why they opened fire. There is an official paper trail to every soldier who opened fire and killed someone in self- defence. Of the gangsters there is no paper trail, no admission of opening fire, no admission of planting a bomb. The police know that most of them are living freely in Eire and the USA and even in Ulster. When the police want to find a veteran they simply they turn up at his front door. If a terrorist is investigated he disappears.

‘New and credible evidence’. There isn’t any new and credible evidence against soldiers. The lawyers ask the same questions a dozen different ways until they get a more or less ambiguous answer. Dennis Hutchings has been to court twice in the past to answer for a shooting he was party to forty-five years ago. Now he is facing the same questions again for a third time. The Director of Public Prosecution in Northern Ireland will take veterans back to court time and time again on new trumped up accusations in the hope that eventually someone will find us guilty. That’s not law that’s malicious prosecution.

Op Banner. 3262 murdered by criminal gangsters. 367 killed lawfully in self-defence or defending the public. 89 unknown and that just means that the murder wasn’t officially approved by the leaders of the IRA and UDA.

Do not be distracted we are not here to discuss NI politics or the evils of terrorism; We know what they are —- we are here to protest about a cowardly, idle, lazy, uncaring government who choose to let criminals hold our veterans hostage with a malicious abuse of the legal system.

Parliament! Don’t tell us you can’t interfere – you make the laws and you change the laws. The fact is – you won’t do anything.

Sure we have friends in Parliament some are here today and we are grateful for their support but when our campaign was recently debated in the House of Commons less than thirty bothered to show up.
Several almost identical letters from MPs state that they ‘value the armed forces and are grateful for our service’. I don’t believe them! They have no idea how patronising and pathetic such comments are when 500 of them sit on their hands every day and allow this type of evil and immoral behaviour to continue.

This apathy, this cowardice – tells gangsters that extortion, intimidation, murder and corruption are the path to power. If we allow ourselves to be governed by appeasers then we will end up with the government we deserve.

As a soldier I swore True Allegiance to Her Majesty Queen Elizabeth 2nd her heirs and successors and all officers set above me. I didn’t swear allegiance to a bunch of mealy mouthed, cowardly, hypocrites who refuse to acknowledge that their freedoms came from our sacrifices.

So what did we get in our reply from Mrs May? Nothing of any substance.

She also pays tribute to the armed forces who served so bravely. She acknowledges our depth of feeling and then passes the buck to the police and prosecution services. She talks about agreeing to ‘New Institutions’ to make things fair and proportionate well the 2014 Stormont House Agreement hasn’t changed anything in the last three years. Drivel, drivel, drivel!

We told her we wanted a Churchill not a Chamberlain. So far we have neither; perhaps we have a Mrs Maybe? Maybe she’s on our side and Maybe she’s not. Today we have written again to the Prime Minister but after today our next letter must go to the Queen whose husband son and grandson have fought for their country.

We need leverage and that leverage can only come from the ballot box and the Courts of Law.
We must affect the by elections in our constituencies. We have soldiers and veterans in every county in Britain and regardless of our political leanings next time there is a vote we have to ask – ‘What did you do for the Northern Ireland Veterans?’ If the answer is ‘nothing’ then we must ensure that the people know that their MP did nothing. You did nothing Oliver Letwin, you did nothing Amber Rudd you did nothing Liam Fox!

Legal experts have stated that the Human Rights of our Veterans have been breached and today we have forwarded a legal argument to the Prime Minister.

In the coming months we will ask you for your support and we will ask for funds to carry this campaign forward. We need to engage a Human Rights Lawyer and we need to put our people and our advertising on the ground at every vote. It will take time, endurance and determination, if we are to succeed then we must use the few weapons that we have effectively. We must have berets flags, medals and posters outside or close to polling stations asking ‘what did you do for us?’ We must affect the vote and we must make 500 politicians care.

Parliament has forgotten that freedom and decency have to be fought for by men and women of integrity in government and out there on the battlefield. 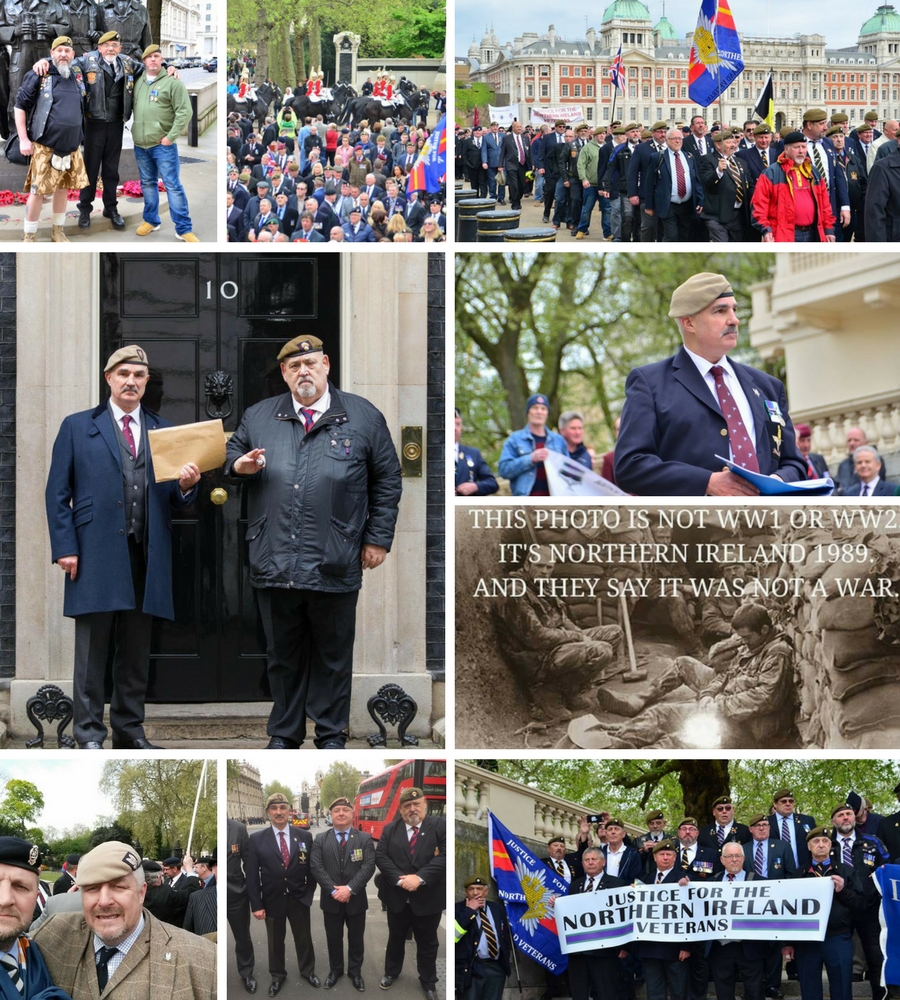 When the Northern Ireland campaign was recently debated in the House of Commons less than thirty bothered to show up.

MPs state that they ‘value the armed forces and are grateful for our service’. This means that 500 of them chose to sit on their hands and allow this type of evil and immoral behaviour to continue.

Its time to ask your MP why they did nothing!

Find your Member of Parliament