is a Blog about daily life and the products we find, use and need in our everyday lives. the-Daily Grind will bring you updates and honest reviews of recipes and food, clothing and fashion, personal finance and financial...
Read More...
Posted on April 8, 2016 by Tim Capper

Spanning all genres including dance, drama, comedy, musicals and family, you will find something to appease every taste this season at The Core at Corby Cube. 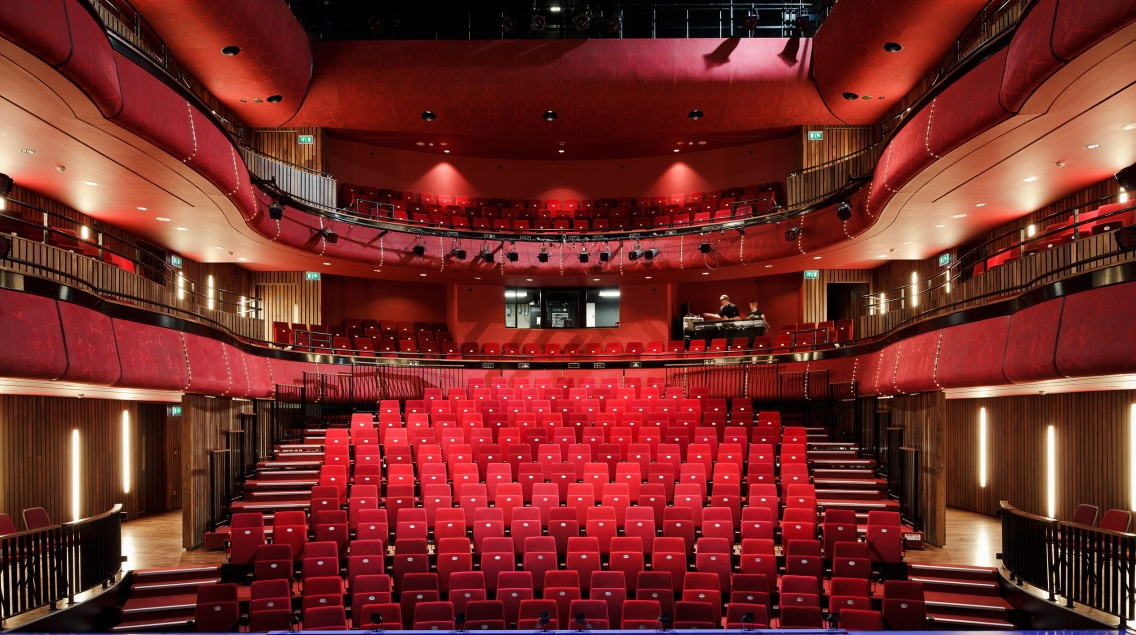 The all-new drama programme will feature a fresh variation of the Robert Louis Stevenson classic Dr. Jekyll & Mr. Hyde on September 15th through 17th, featuring lavish sets and costumes that provide an authentic flavor of the era in this compelling staging.

In the comedy genre, the programme will feature performances by James Acaster on September 27th, Rich Hall on May 28th, and magician Pete Firman on November 3rd, complemented by musical appearances by singer Tony Christie on October 22nd, jazz pianist John Law on April 14th and TV’s Last Tango in Halifax star Anne Reid in her anticipated cabaret show I Love to Sing! May 20th.

The family genre line-up includes a variety of enjoyable dancing shows to captivate little ones, in addition to stage versions of the popular children’s books Stick Man on November 10th through 12th and The Snail and the Whale on June 21st and 22nd.

In the arena for town hall theatre, The Core at Corby Cube stages a thrilling cabaret addressing the concerns of the EU situation on one of the most important political nights in English history. Showcasing modern plays and skits, audience lectures, key visitors for each side of the EU debate and a local band, The Should We Stay or Should We Go Show will be making the rounds at certain June galas until its return to Corby on June 16th. The summer theatre line-up includes 2Magpies Theatre’s Ventoux, an dramatic account of the Tour de France story, which will take place during the Corby CycleFest on June 23rd.

For the 400th anniversary of Shakespeare’s passing, The Core will restage the ever popular Macbeth – Blood Will Have Blood on October 3rd through 5th in response to its warm reception by audiences during its previous run. Remade to appeal to younger audiences, the satirical one-man version is an updated introduction for children to Shakespeare’s very adult Macbeth.

The debut of the touching new musical Danny Hero on October 6th through 9th will feature performances by a local cast as part of the Made in Corby initiative.

Dance enthusiasts will find a wide selection for audiences of all ages in the summer and fall seasons at The Core. While anticipating the fall return of Scattered by the celebrated dance studio Motionhouse, audiences will be dazzled by Assemble on July 16th, a full night’s line-up of modern dance inspired by the talents of highly revered dancers such as Jasmin Vardimon and Jack Pointer Mackenzie. In addition, the acclaimed international dance studio Arcaladanza will bring back their family oriented dance theatre show Vuelos (a.k.a. Flights) on June 9th due to popular demand, a valentine to legendary artist Leonardo da Vinci.

Other family shows include The Tortoise and the Hare by the Northern Ballet Theatre on April 12th, a crowd-pleasing live ballet geared toward very young children. The whimsical Doodle Dance Show is designed for audience participation in an immersive experience that will get the entire family involved, while Toddler’s Room on June 5th is a charming bit of Norwegian dance theatre staged inside of a mysterious white dome.

Other family offerings range from the hilarious and exciting adventure A Boy and a Bear in a Boat on June 15th, a new stage adaptation of the novel by acclaimed novelist Dave Shelton, to the Tall Stories staging of The Snail and the Whale, a musical version of the brilliant children’s book by Julia Donaldson and Axel Scheffler.

Later in the fall season audiences will have the opportunity to enjoy the stage version of Stick Man, another gem penned by Donaldson and Scheffler, as interpreted by the performers at the Scamp Theatre.

The Core is thrilled to present a selection of talented comic artists at Corby during the summer season. Radio 4 comedian Mark Watson will restage his popular I’m Not Here show, while the up-and-coming Rob Beckett is slated to make his auspicious debut at The Core. Acid-tongued American comedian Rich Hall will perform in his trademark salt-of-the-earth style with the show 3:10 to Humour. Flashing forward to the fall season, tickets can be bought in advance for the hilarious shows by Kettering comedian James Acaster and comedic magician Pete Firman. 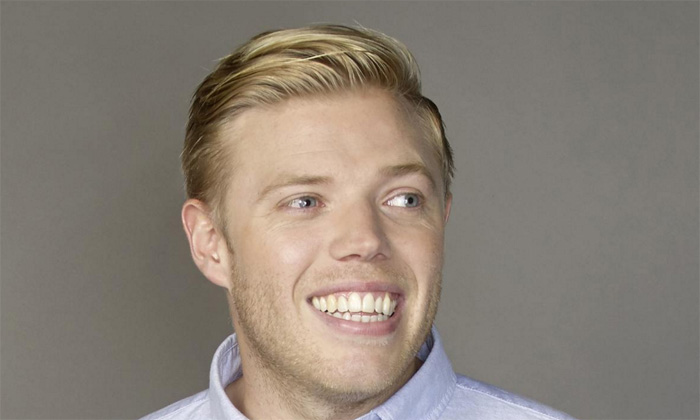 Additional musical shows will include a revisit by Corby’s popular Barb Jungr in April who will perform selected numbers from her brand-new CD Shelter from the Storm, including content provided by legendary artists like Joni Mitchell, Bob Dylan, and Leonard Cohen, in addition to her own original arrangements.

Famed jazz pianist John Law will perform with his quartet New Congregation in a highly personal show that aims to capture a cabaret-style atmosphere. The war show We’ll Meet Again will be reprised during an evening performance of selected hits from the Blitz.

You will find no shortage of Irish artistry in the summer musical programme, featuring guest appearances from The Dublin Legends on May 7th, The Dubliners, The Fureys on May 21st, and the Kilkennys on June 26th, a band acknowledged for bringing classic Irish music back into vogue.

This season will also showcase a selection of some of the most talented tribute bands in the world, which includes favourites like The Johnny Cash Roadshow on June 10th, The Cavern Beatles on May 14th, The Illegal Eagles on April 30th, and Let’s Hang On on April 8th, as well as Fisher Stevens’ performance in Elvis in Vegas on September 9th. 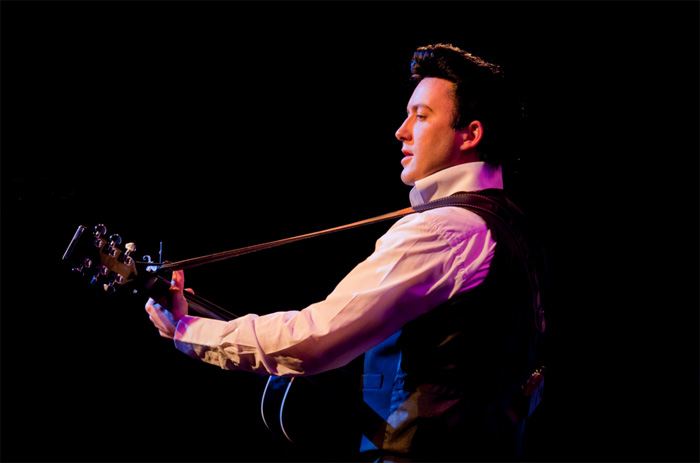 The fall selection at The Core also includes renowned singer Tony Christie in his Golden Anniversary Tour and Bip Wetherell in his well-liked Strictly Sixties show, with guest appearances by ’60s artists The Fortunes and Clem Cattini’s Tornados.

The summer season at The Core will also introduce an exciting new monthly music night to showcase the latest update of The Core’s audio equipment. Performed in conjunction with Stevie Jones, Lab Music Nights will unearth rising local performers and the greatest live bands in the area with its Wildfire Sessions.

Up-and-coming stars in The Core’s Get Involved casts will unite as Core Company to perform the bittersweet It Snows on April 9th by noted playwright Bryony Lavery and the Artistic Directors of Frantic Assembly. Following its debut at The Core’s Lab, It Snows will be reprised at the National Theatre Connections Festival.

The Core is delighted to introduce a number of local troupes such as C&D Productions with The Importance of Being Earnest, Starlight Dance and Musical Theatre School with their rendition of Cirque de Mystique on April 16th, the Corby Amateur Theatrical Society with Grease, Sharon Potter and Dena Smith School of Dance with their yearly line-up from May 15th through 22nd, and Nene Valley Dance with It’s Showtime. Several local song and dance troupes will unite for the Let’s Sing and Dance for Charity fundraiser on June 11th, while children and young adults between the ages of four and 21 will compete in the Corby talent show Festival of Dance from June 23rd to June 28th.

In addition to the normal film programme at The Core, audiences can experience some of the most popular theatrical shows on the large screen such as Romeo and Juliet, starring celebrated stage and film actor Derek Jacobi.

The Get Involved programme at The Core will continue to host a wide variety of activities, workshops, and weekly lectures for audiences of all ages, with the intention of nurturing the talents of local artists within the dance, music, drama, film, and animation fields, which includes the debut of The Core original Ukulele Orchestra.