We tend to head right for the bright red apples when shopping for them. Some people may try out a few green ones. However, beyond this, many don’t know the true delight of other varieties of apples.

A great part of England’s heritage is the raising of apples. They’ve yielded a menagerie of tasty, unique varieties. For example, the Cox’s Orange Pippin’s strange yet fascinating color and aromatic flavor make it a favorite among those who dare to step out of their red and green comfort zone. Even though, the amount of English home-grown apples in stores is unfortunately decreasing.

These timeless treasures that England has prided themselves on throughout their history have been taken over by saccharine-tasting foreign imports. Because of this, an interest in the older varieties of English apples has been revived. However, even though the public demands their home-grown apples back, the home-grown delight has yet to surge over its invaders. British farmers are still struggling to get their domestic apples back in the stores.

If you have a taste for more refined, unique flavors, one of the many English apple varieties would suit you nicely.

The Ashmead’s Kernel, a high-quality desert apple, is firm and juicy and yellowish-green with a beautiful russet coating.

Bramley’s Seedling is tangy and excellent for cooking. It also boasts a greenish-yellow skin, but with light red striping.

The Cox’s Orange Pippin mentioned before holds a rich, nutty flavor beyond its blushing yellow skin.

The Egremont Russet may be small, but is a high-quality cider apple with yellow russet skin and keeps extremely well.

These are just a few of the dozens of varieties grown in the United Kingdom, not to mention the hybrids formed there. Try out a few and you will be sure to love the English apple.

Because the apple is the most popular fruit to bake with, it is guaranteed to have an abundance of recipes. We are all familiar with the tasty apple pie and the guilty pleasure of an apple crumble, but many are not aware of the hundreds of recipes the apple holds within.

Take Apple Charlotte, for example. This posh dessert is extremely thrifty but delightful. Crustless slices of bread encircle a rich apple pudding and perhaps custard. Another of the unique apple recipes is the Friar’s Omelet. The name may make you wary at first, but you are sure to enjoy this unusual treat. This frugal recipe bakes stewed, spiced apples between layers of breadcrumbs. 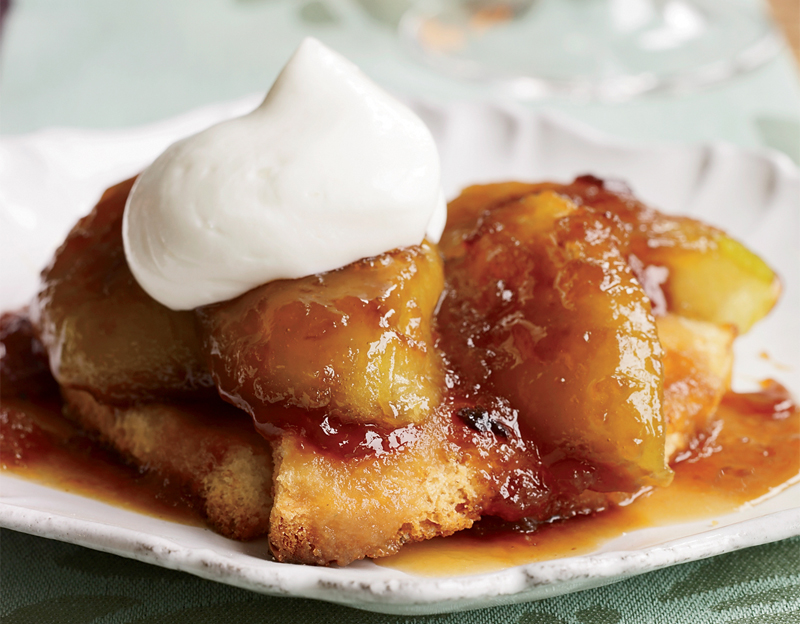 Plus, who can forget Charles Dickens’ favorite snack, the Kentish Apple and Cheese Pie? This particular recipe can either be considered a pie or a pudding. The cheese is sometimes baked into the pastry, but just under the crust brings out the flavor of the apples. Many more recipes can be found through research or even just talking to your friends. You will probably be surprised at the plethora of ways to bake a single apple.

The concentrated and uncommon flavors of the English apple come from the stress the trees undergo. The United Kingdom’s fickle weather and varied topography make it a difficult place to grow apple trees. Knowing this, we can see why British farmers are so frustrated with the invasion of foreign imports. Though, while a challenge to grow apple trees in the United Kingdom, the stress of the climate produces the burst of flavor in each apple.

According to all this, what does the English apple really hold for England and the rest of the world? Is just one apple species so important? Many would stand with me when I say that this dilemma is not only about an apple, but several things in particular. To the English people, apples are not just apples; they are a heritage, an income, and a delight. To the world, the English apple should be a step out of their own comfort zone and a timeless pleasure.